Codford St Mary is now recognised as an Animal Friendly Church for their many years and hard work in caring, supporting and promoting better animal welfare in the parish and beyond.

As a church and community we are very excited at this news, but we are not alone in our joy and celebrations. Below is a response to this news from Turbo, one of our resident canines in the village of Codford..... 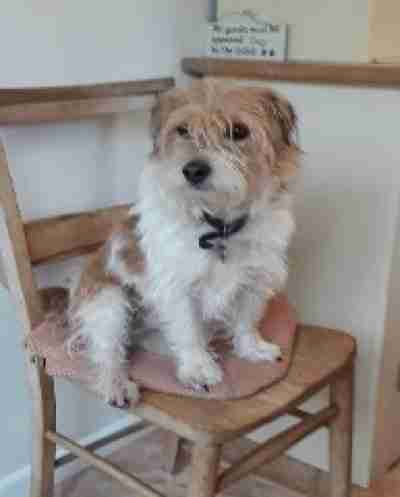 I have just been listening to some exciting news; the Guvnor opened up his emails this morning to find a message from our Churchwarden telling us that our church has been officially recognised as an Animal Welfare Church.

The Anglican Society for the Welfare of Animals awards ‘Animal Friendly Church’ Certificates to churches which practice and promote a compassionate attitude towards God’s creatures. Applicants are also automatically entered into its annual ‘ASWA Animal Friendly Church of the Year Award’. The winner will receive a hamper full of ethical and useful goodies for their Church and a plaque to display on the wall.

Now I know that the generic term ‘animals’ covers a considerably wider body than just dogs, and while I suspect this award will give a focus to encouraging our congregations, and the whole community, to not only think about animal welfare but practice it, the reality of rural life and the practical aspects of our church will preclude the larger animals from taking part in events.    From a purely selfish point of view, that’s good; it means dogs will largely prevail.  In a highly responsible moment this morning, I thought that we dogs might be able to spread the word in the wider animal kingdom.  For example, a horse lives in the paddock next to us and I talk to her every day.  Then I thought about pigeons and how the rest of my life is devoted to scaring them away and concluded I am probably eligible for counselling.

We are not new to this church thing and enjoy the links with it.  There may have been more, but I particularly remember three excursions.  The first was held in the Vets’ waiting room which scared the living daylights out of me until a cat distracted me from the shelf full of lotions, potions, leads, toys and cards and from the smell of disinfectant.  The next time was in church and I have dug out the report I wrote on this event at the time; it follows.  The last was this time last year when a similar service was followed by tea at the Vicarage.  I can’t tell you about that last bit because I was left at home for, the Guvnor explained, reasons of Health and Safety.

This initiative is timely.  More than  a hundred days into lockdown and there is no doubt that dogs, and other pets of course, have come into their own in a big way by filling gaps in households left by children, grandchildren and friends who are, themselves, isolating elsewhere.  ‘Top dog’ has meant something different over the last three months; it has actually meant what it says.  When people have been isolated, lonely and miserable a dog has provided comradeship and a reason to get up in the morning, go out in the afternoon and someone to sit with in the evening.  I don’t, but some do apparently, lie on the end of the bed at night and one or two (ugh) sleep in the bed.

Here is the report I promised you about the Pet Service in 2017:

I dragged the Guvnor and his wife to church on Sunday afternoon to attend the Pet Service.  We haven’t had one for a while and it is such a good idea I am glad it has been returned to the rota.  I was quite young when I attended the last one and I have to admit, with the hindsight of maturity, that wasn’t my finest hour – I attacked a cat basket and weed on a chair leg. In those days it was a wonderful opportunity for a punch-up at best and a way-marking competition with other dogs at least – a half hour of canine capers - but this one was different; all attendees were dogs, all seemed friendly and we had a lot of fun.  We all got on splendidly, probably because there were no cats, ferrets, parrots, guinea pigs or rats to complicate matters but perhaps I’m just becoming more grown up.  I tried my utmost to embarrass the Guvnor and his wife by delaying my morning constitutional by having it in the churchyard on arrival – but he spotted it, bagged it and disposed of it later (considerate of him not to bring it in, I thought.)

We began by singing:

‘All things bright and beautiful, (the Guvnor’s wife, I thought)

All creatures great and small (me and me, I thought);

All things wise and wonderful (the Guvnor, he thought – huh?)

It is the Guvnor’s favourite hymn and takes him directly back to his childhood when it was the sort of thing that made children homesick and most adults puke.  Same thing, I suppose, but he and I think it is fantastic and we love it.

We had offered the following ditty which some think a bit soppy but, again, I love it because it has a personal resonance:

‘When God had made the earth and sky,

The flowers and the trees;

He then made all the animals

And all the birds and bees.

And when his work was finished,

Not one was quite the same.

He said, “I’ll walk this earth of mine,

And give each one a name”.

And so God travelled land and sea,

And everywhere he went,

A little creature followed Him

Until its strength was spent.

When all were named upon the Earth,

And in the sky and sea,

There’s no name left for me!”

So God the Father smiled and softly said,

I’ve turned my own name back to front,

And called you Dog, my friend.”’

I was surprised that not a single dog joined in the singing, and I am good at Happy Birthday.  I suppose it might be because the Guvnor’s voice was drowned out in the general hubbub and so I didn’t have to take unilateral action to distract people’s attention from that heady mix of the rasp, the fret-saw, the sandpaper and the squeaky door handle that we normally have to listen to reverberating from the bathroom here.

In an idle moment looking round the gathering, I thought the poor Rector’s dog collar was a bit dull.  It was plain white, it had no studs or sparkles, no buckles or beads, no disc with the address of the Rectory on it and no invitation to ‘Scan me’.  I wonder what happens if she wanders off?

In summary, I like the idea of an animal friendly church to supplement animal friendly homes.  It has to be good news and when I go next, I would hope to see pew bags, biscuits and water bowls – and a few squeaky toys just to annoy people.