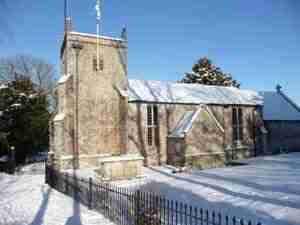 We would like to welcome you to our beautiful little church of St Augustine’s, Upton Lovell on behalf of everyone who lives and worships here.  Upton Lovell is a friendly, inclusive community with the church at its heart; we would like to think that the worst that could be said about us is that sometimes we try a bit too hard to make people feel welcome ……

We have a fantastic team of volunteers who look after St Augustine’s and those who visit and are here to help should you wish to visit us for a service, use the church for a ceremony, trace your family history or if you are seeking a place for quiet contemplation.

We worship in a traditional but friendly atmosphere.  What does that mean?  Well, we do tend to give the guitars and tambourines a miss, but we try not to take ourselves too seriously and extend a warm welcome to anyone who comes to our church.  Some of our parishioners bring their young children and grandchildren with them to services, some bring their dogs, and some come in their mobility scooters and wheelchairs.  Whoever you are and however you wish to worship, we can find a space for you. 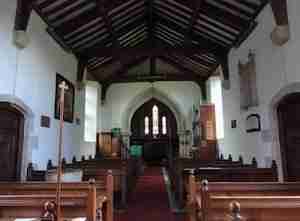 For our regular services we meet on the first and third Sunday of the month for Parish Communion and on the second Sunday of the month, we meet for Evensong (BCP).  After the Parish Communion on the first Sunday, you are very welcome to join us after the service for coffee/tea and biscuits in the village hall.  We also celebrate Harvest, Christmas, Easter and all the other important Christian festivals, often combined with a social event in the hall afterwards.

On Friday mornings during term time, the UWVT “Musical Toddlers” team fill the village hall with soft drinks and cake crumbs.  Sometimes a few small children come along too.

History of the Church

There was a Saxon settlement here on a bend in the River Wylye. The Domesday Book called the settlement Ubetone. It was only in the 14th century that the suffix 'Lovell' was added to the village name after John, 5th Lord Lovell of Titchmarsh, became Lord of the Manor.

Five generations of the Lovell family held the manor here, but after the Lovells backed Richard III in the lead-up to the Battle of Bosworth, it was seized by Henry VII.

We get a fascinating glimpse into medieval life in the records of Bishop Waltham (1388-95), who visited Upton Lovell in 1394. The Bishop found St Augustine's church in good condition, but was alarmed at a report that 'Stephen Mason had assaulted William Porter when he was carrying the Host'. It must have been a lively service! The Bishop summoned Mason, who denied the charge. He was found guilty however, and was beaten and 'dismissed as a pauper'.

In 1619 Thomas Hickman became rector. Hickman was a staunch Royalist, and when the Civil War broke out he formed a mounted troop at his own expense, and sent the troop off to fight, with his son, Samuel, in charge as captain. The younger Hickman died at the Battle of Newbury, hit by a cannon ball. Reverend Hickman was deprived of his living under Cromwell. In 1645 he was brought to trial, his possessions seized, and he was thrown in prison for a month. When released he had to pay £100 to have his possessions returned. Despite several petitions to Charles II after the Restoration of the Monarchy, the family was never recompensed for their losses.

In 1794 the rector, John Crouch, gave the interest on £500 to hire a schoolmaster to teach 6 poor children. The children attended lessons every day, except at harvest time, and were expected to learn reading, writing, and on Sundays, their religious catechism. The school was held in the maste's house, but in 1847 rector William Gray released glebe land beside the rectory as space to erect a school building. A school house was built in 1871 and later became a 'National School' under the auspices of the National Society for Promoting the Poor in the Principles of The Established Church. It is now the village hall and stands almost immediately opposite the west door of the church.

On the wall beside the effigy is a memorial brass of a priest. The style of sleeves suggests a date before 1350, and the long hair is also suggestive of the early 14th century. Above the effigy is a small piscina, probably 13th century. On the opposite side of the chancel is a stone aumbry cupboard with dogtooth moulding, suggesting a 12th century

Photographs of St Augustine's, Upton Lovell (click an image for a slideshow of larger images) 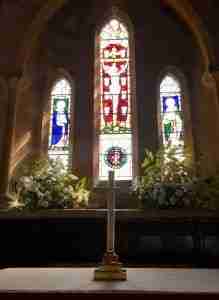 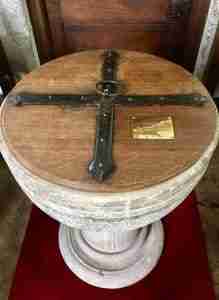 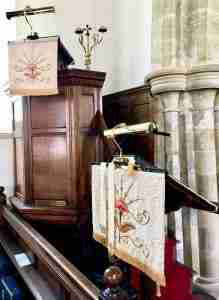 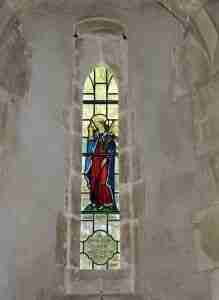 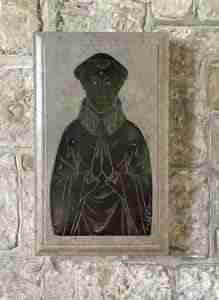 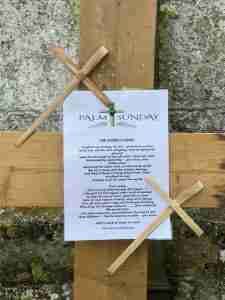 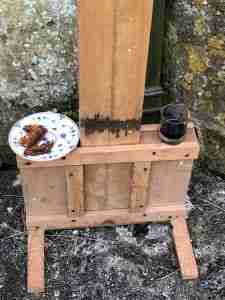 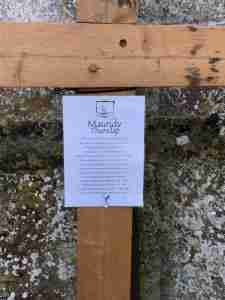 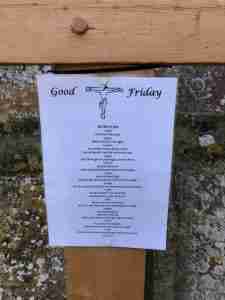 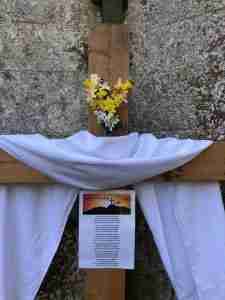 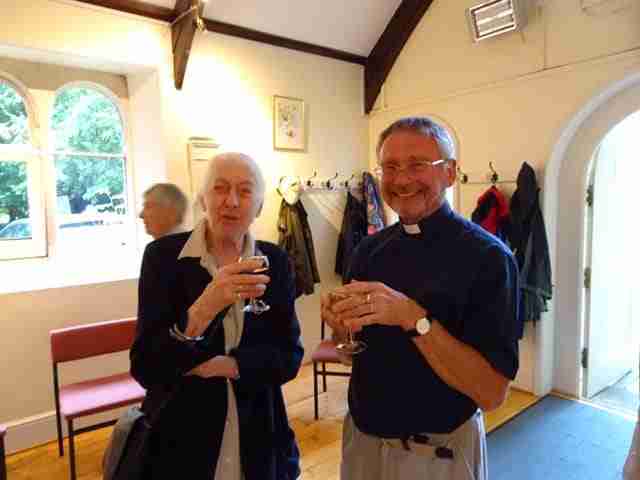 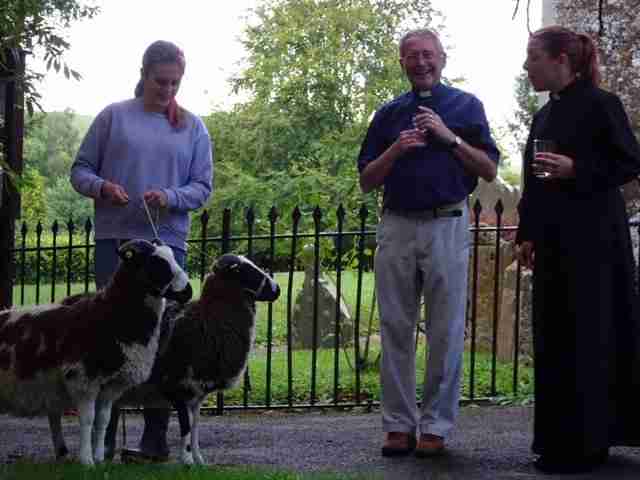 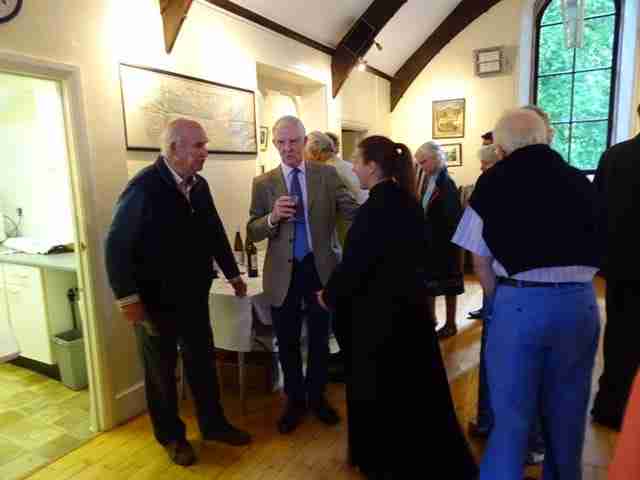 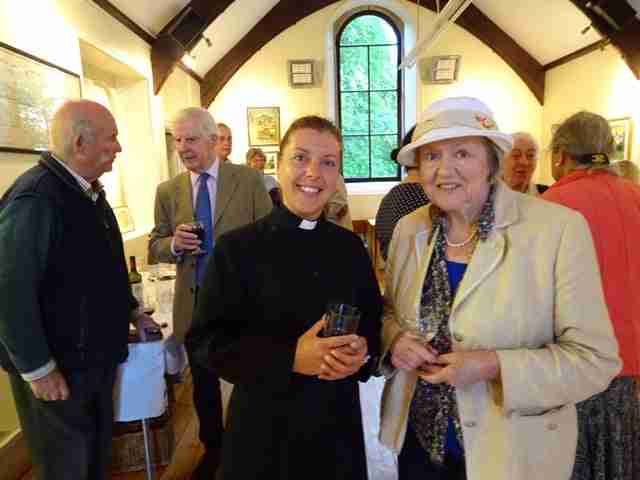 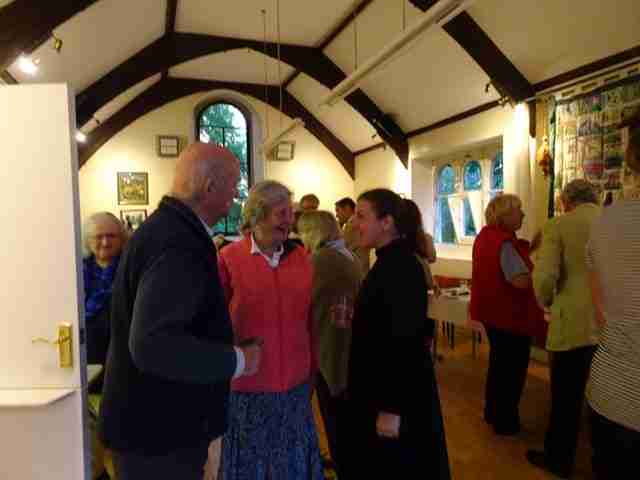 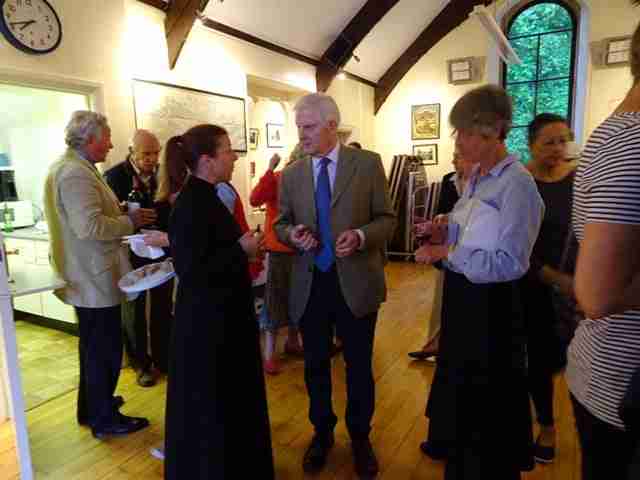 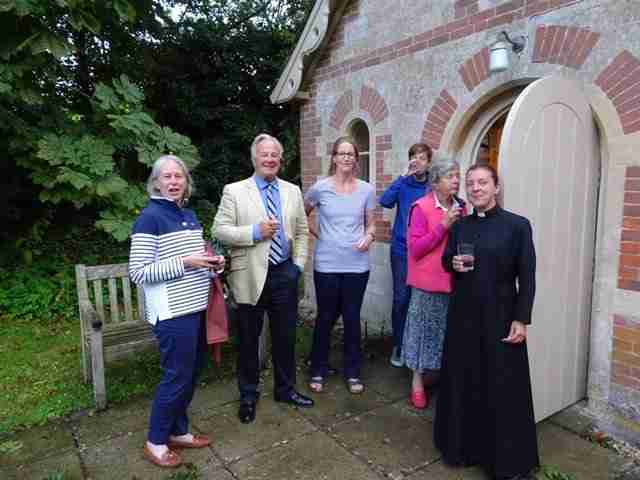 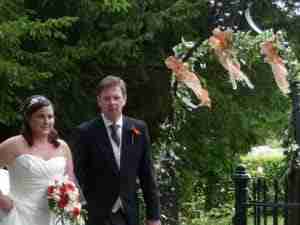 Arriving at the church 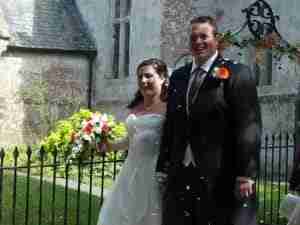