Taizé is an ecumenical monastic order with a strong devotion to peace and justice through prayer and meditation.

The 100-strong community of Roman Catholic and Protestant monks is drawn from 30 countries across the world. Brother Roger founded the Order in 1940. Br Roger was the son of a Protestant pastor and the youngest of nine children. From an early age he was conscious of the divisions between Protestants and Catholics but he was urged to look beyond them. At university, he first felt the call to monastic life. He was also greatly influenced by his grandmother's tales of helping refugees during the First World War. This gave him a strong desire to reach out to the poor and oppressed. As a concrete sign of solidarity, some of the brothers have now gone to live among the most oppressed and the poorest people of the world. Further details are here - The Taizé Service in the Wylye Valley. 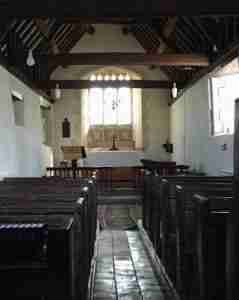 The Taizé service is held on the first Sunday of every month at Tytherington church at 6pm.

If you are looking for peace and quiet, meditation and contemplation.... silence..... then this is the service for you.
The church is open from 5.30pm and not closed until 7pm and you are welcome at any time . The short service is from 6 to 6.30pm.